Officer Courtney Johnson was my football coach throughout high school so I am somewhat familiar with his behavior, and honestly, I am not surprised he is in this situation. Coach Johnson was always that coach who took it a little too far.

At the beginning of my freshmen year of high school, the players and I learned that Coach Johnson was just as new as we were to MacArthur high school. Coach Johnson had little to no coaching experience, military background, and was going to become our new history teacher.

It was not until later the football players and students found out his first name was Courtney and begun to give him hell by teasing him. Coach Johnson was not the type of person to shake off insults, instead he responded back with rough play, smack talk, and insults of his own.

Although I did not have him as an history teacher junior year, my history class was right next to his, so I did notice his behavior with his students between passing periods and heard testimonies from fellow peers. I especially noticed his absence from his classroom for a misconduct violation that allegedly took place.

In my opinion, Coach Johnson is not a bad guy, but even as a teenager, I was able to consider him as an unstable individual. Unless Coach Johnson turned over a new leaf, in this situation, I believe he simply panicked and overreacted to a non-hostile situation which fortunately did not take another innocent black life. An individual who panics and has the tendency to overreact should not be a law enforcement, nonetheless be in possession of a fire arm.

A Fort Worth police officer is in the unusual position of being on trial for illegally shooting a man. The officer failed to follow his training, a Tarrant County prosecutor said during opening statements Tuesday.

A jury has been seated for a trial with an unusual defendant — a police officer indicted in a wrongful shooting case.

Officer Courtney Johnson, 35, is accused of shooting Craigory Adams on June 23, 2015, by recklessly handling his shotgun. The two-count indictment accuses Johnson of taking his gun off safety and sliding the pump action back, then forward as it was pointed toward Adams. The shotgun fired, hitting Adams in the arm. The officer has said he thought Adams was holding a knife, but it was actually a barbecue fork.

Johnson’s attorneys and Police Department officials have said that the shotgun went off by accident.

But Tamla Ray, a Tarrant County prosecutor, said during her opening statement in state district Judge Wayne Salvant’s Criminal District Court No. 2 that neither police nor an expert could get the gun to discharge without the trigger being pulled.

Police then sent the gun to get a CT scan in an effort to determine if there was something mechanically wrong with it without having to take it apart, Ray said. Police found nothing that might have caused the shotgun to malfunction, Ray said.

“You will see that eight days after the shooting the defendant said the gun just went off,” Ray said. “At the close of all the evidence it will be clear to you that the only way the gun could have gone off is if [Johnson] pulled the trigger.”

Johnson is charged with aggravated assault by a public servant, a first-degree felony that carries a maximum penalty of life if convicted. Johnson was placed on desk duty after the shooting, where he remains. He was indicted in March 2016.

One of Johnson’s attorneys, Jim Lane, waived his opening statement. But he has said in the past that he believes the gun was discharged unintentionally.

Adams, a mentally challenged man who was living with his parents, was outside holding a barbecue fork. Adams knocked on a neighbor’s door and the neighbor called police.

Johnson failed to identify himself as a police officer when he approached Johnson, Ray said. Johnson drove up to the location of the call without his lights and sirens activated and gave Adams several commands, Ray said.

Adams dropped the barbecue fork and dropped to one knee, Ray said in her opening statement.

Johnson called for additional officers to assist, dispatch recordings played for the jury on Tuesday showed. Soon after calling for backup, Johnson radioed to dispatch that shots were fired and he called MedStar for emergency medical assistance, according to the recordings.

In court documents filed with the Tarrant County district clerk’s office in July, Adams said that he had forgiven the defendant because he had heard Johnson “was a Christian.”

But in that same meeting Adams said he believed that Johnson lied when he said he came to the location of the shooting in response to a neighbor’s 911 call, according to documents.

During a news conference in March last year, Police Chief Joel Fitzgerald said he did not believe that race played a role in the shooting and said there is no evidence that Johnson used a racial slur, as Adams’ relatives have said.

Johnson is white and Adams is black.

“Let’s be clear, we believe that race played no factor in this incident,” Fitzgerald said. “This is, in our opinion, an unintentional shooting but a shooting nonetheless that our officer will have to deal with in a court of law.”

While statistics are not available for nonfatal shootings, rarely are law enforcement officers in Tarrant County indicted for fatally shooting someone. In a April 2015 article, the Star-Telegram reported that no officers had been indicted for fatally shooting someone in at least 20 years, according to current and former prosecutors in the district attorney’s office and a search of the newspaper’s archives.

In the two years since 2015, other officers involved in shootings have not been indicted. The highest profile case involved the Aug. 7, 2015, shooting of Christian Taylor, 19, a Mansfield Summit High School graduate who played football at Angelo State University.

Rookie officer Brad Miller fatally shot Taylor, who was high on drugs, and Miller was fired by Arlington Police Chief Will Johnson shortly after the shooting, saying the officer had “exercised poor judgment” that led to “cascading consequences.”

The shooting resonated with the Black Lives Matter movement and led to protests and calls for justice.

Officers outside Tarrant County have been charged in connection with fatal shootings recently, including Roy Durwood Oliver, a patrol officer in Balch Springs who fired his rifle into a car full of teenagers who were driving away from a party, killing Jordan Edwards. Oliver was arrested and charged with murder on May 6 and later released on $300,000 bail.

In the Johnson-Adams shooting, Fitzgerald played the dashcam video of the shooting, saying that it’s important to be transparent and that he wants the public to draw their own conclusions.

Johnson responded to the 1300 block of New York Avenue on a report that a prowler armed with a long knife was banging on a home’s front door.

In the video, the officer approaches Adams, soon drawing up his shotgun and aiming it at him.

The officer told investigators after the shooting that as he approached Adams, he ordered him several times to drop the knife.

Adams, according to a news release issued by the department, dropped the “knife” — which was later found to be a barbecue fork with two tines — in front of him and dropped to one knee.

About 10 seconds later, the video shows Johnson’s shotgun firing and Adams falling facedown on the lawn.

Johnson appeared panicked, and ran toward the writhing man, stopping to put his shotgun down in the street. He then runs toward Adams again and speaks repeatedly on his radio.

He said the shotgun is Johnson’s own.

Johnson, who has been with the department since 2013, was booked into the Tarrant County Jail and immediately released after posting $25,000 bail.

THIS REPORT INCLUDES MATERIAL FROM THE STAR-TELEGRAM ARCHIVES. 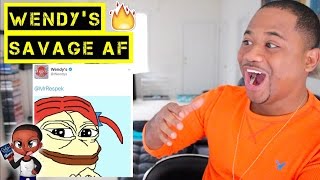